Recently I went through a process of breaking a large django project into smaller installable applications. Each smaller component could be reused from within any number of django projects, but wasn’t a django project itself. One of the issues I encountered was “What do I do with the unit tests?” Using the standard ./manage.py test no longer worked for me because my settings where in the master project.

I had heard of py.test, so this seemed like an opportunity to see if some of the py.test magic would work for me. Admittedly, I didn’t do a large amount of searching around for additional testing frameworks or processes…this was an excuse to try out the project. :)

Installing py.test is easy. Because I wanted some additional features (DJANGO_SETTINGS_MODULE environment variable specifically), so I opted for the pytest-django module instead of the base pytest project.

To get my unit tests running, I needed to add a few additional things:

Created a very light settings file with only my database configuration

This was required to fix an issue with my settings file location.

As a convenience, instead of passing parameters on the commandline each time, py.test uses a pytest.ini file to pass these arguments to the test runner.

py.test has smarter test resolution. To take advantage of these features, I did the following:

Hopefully this post helps future me and others to quickly get up and running with py.test and pytest-django. 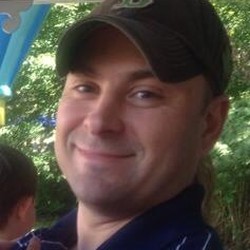 Software Engineer with over 15 years of technical experience in the IT industry. I enjoy solving problems with automation.